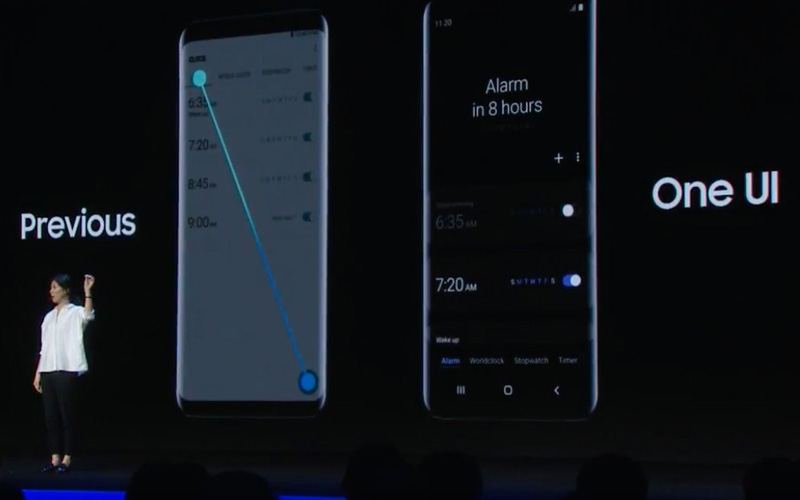 One UI opens a new way for the Samsung smartphone user experience. A user interface contains some new visual styles, including more rounded corners, cross-application colors and redesigned icons. But its main purpose is to alleviate the repetitive stress that our hands are exposed to today’s giant mobile phone world.

One UI focuses on three UI aspects: simplification, ease of use, and making everything more visually appealing. Several built-in Samsung apps have a viewing area at the top and an interactive area at the bottom. Multiple Samsung apps also have a bottom navigation bar designed to simplify the user experience and make one-handed use easier.

Samsung said that One UI (and Android 9 Pie) will be available in January 2019 for the Galaxy S9, S9 Plus and Note 9.