Today Samsung showed the user the 2019 smartphone design, which uses a new borderless Infinity-O display, but does not have a headphone jack, meaning that the Galaxy S10 will cancel the headphone jack. This news has been confirmed by CaseMe mobile phone accessories manufacturers, and he has announced the design of the Samsung Galaxy S10 Case. 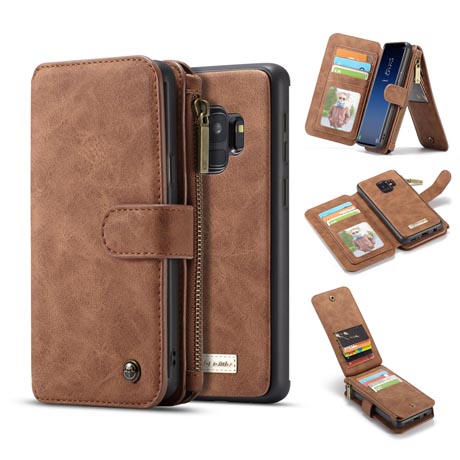 This CaseMe Wallet Case is crafted in fine brown leather, with its velvety texture and soft and comfortable feel. Handcrafted to give it an aesthetic look. The PU leather structure may seem complicated, but it is enough to prevent scratching the appearance of the smartphone. The magnetic flap allows you to easily secure and open the case for further protection. There is no slit in the bottom of the earphone hole, which confirms that the Galaxy S10 will cancel the 3.5mm headphone jack.

According to BGR media reports, Samsung plans to remove the headphone jack from the Galaxy Note 10 and will provide a separate conversion jack for 3.5mm headphone users.

It is expected that Samsung will launch the Galaxy S10 and Galaxy S10 Plus in February 2019. Before that, we will report its news in real time.