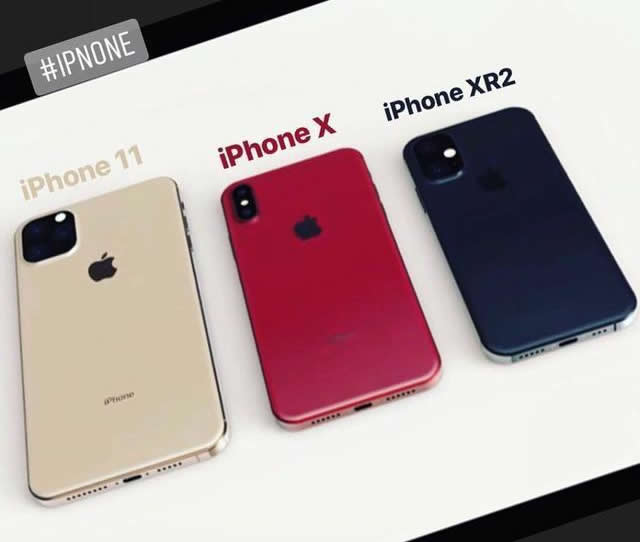 In the appearance design of the mobile phone, iPhone XR2 will still use the bangs screen design, the front of the body is not too different from the iPhone XR, the back of the body in order to maintain the unified appearance design with iPhone11, iPhone XR2 USES the rear of the matrix array of dual camera, phone dual camera and flash to form a triangle. In order to meet users’ diverse requirements for the appearance of the phone, the iPhone XR2 will introduce a variety of colors, including green and purple versions.

The iPhone XR2 will have an A13 processor with 3GB of storage, and iOS 1313 will be more user-friendly. Under iOS 13’s system optimization, iPhone XR2 has been greatly improved in terms of smoothness, while iOS 13 has added a dark mode, which makes the interface design simpler and more practical. The iPhone XR2’s rear-facing dual-lens will use a pair of 12-megapixel lenses that work well with the iPhone X.

The biggest highlight of iPhone XR2 is the increased battery capacity, it is reported that this machine will carry 3310mAh battery, iPhone XR has set the best record of apple mobile phone battery life, battery life up to 11 hours, iPhone XR2 is also bound to refresh this achievement again.