The Samsung Galaxy Fold screen phone will officially go on sale in the United States on January 26. The official provided the mobile phone to the technology media experience in advance, but they suffered a series of problems, including flickering screens, black screens, crashes and creases in normal use. 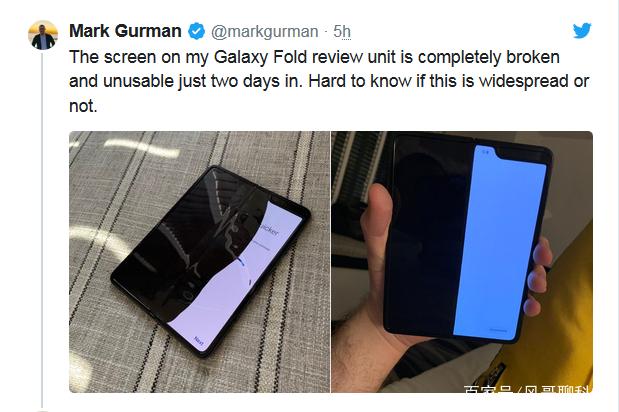 Some of the first to obtain mobile phone media have many reporters said, mobile phone only used about 2 days, there will be screen flashing, black screen, screen creases and convex points and other conditions, some mobile phones have been unable to use the state.

Samsung responded that it had received feedback from users that the screen was damaged and would conduct a thorough inspection to find out the exact cause. Samsung also stressed that in the future, it would strengthen instructions to consumers not to rip off the screen’s protective layer, which could cause damage.